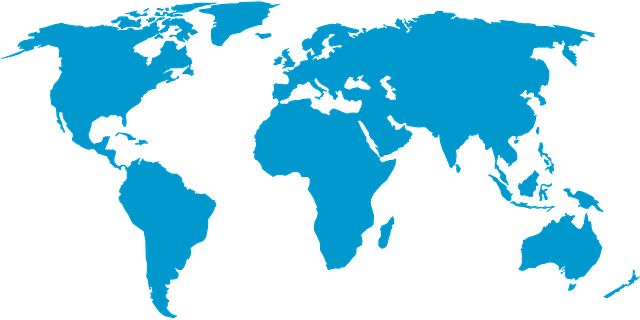 100% of those who we consider successful – upper management, the “elite” and so on – have international experience. 100%.

Some international connections that blew my mind.

U.S. President Barack Obama was born in Hawaii and held U.S. citizenship since birth. He has also, at times, had Kenyan and Indonesian citizenship.

This is not a crazy conspiracy theory. His Dad was an economist born in Kenya. He was born when his Dad was attending the University of Hawaii. By virtue of his birth to a Kenyan father he had automatic Kenyan citizenship up to about age 25 when he needed to apply to retain his right of descent citizenship, which he chose not to do. After his parents split, he lived with his Mom in Indonesia (she had a PhD and taught there) and according to school records, he was a citizen of Indonesia at that time. Due to a later change in Kenyan law, Obama could now request his right of descent Kenyan citizenship if he wished.

Sen. Ted Cruz, born in Calgary, Alberta, Canada to American Mom, Cuban Dad (who was a citizen of Cuba). Did not realize he was a legal citizen of Canada until 2016 when he ran for President and gave up his Canadian citizenship.

37 recent State Governors in the U.S. were born outside the United States. Some are because of a parent’s military or business assignment, and some are immigrants.

My state’s Governor Kate Brown was born in Spain, something I did not know until I wrote this.

130 recent US Congressional members were born outside the U.S.

28 current members of the House were born outside the U.S. Some have dual citizenship.

The late Sen. John McCain was born in Panama Canal Zone in 1936.

Sen. Mitt Romney’s father (and later Governor of Michigan) was born in Mexico to American parents, which could have given Mitt Romney (born in the U.S.) a right of Mexican citizenship if anyone had chosen to pursue it (they did not). Sen. Mitt Romney speaks some French (lived in France for two and half years).

Other politicians have spouses that are from other countries and may be citizens of other countries. For example, wife of former President Donald Trump, Melania Trump, grew up in Slovenia. She is said to speak five languages (Slovenian, English, Serbo Croation required in her public school, plus Italian, French and German – but these are unverified).

Many, perhaps most – who knows? – politicians may have conversational skills in other languages. Former President Bush spoke Spanish, as did his brother Jeb, Governor of Florida. President Clinton studied German when he was younger. Former Sec of State Condoleezza Rice spoke Russian (had studied at Moscow State University) and had some proficiency in French, German and Spanish, having studied Spanish and French both from a very young age.

Note – Many are conversational in a second or third languages and can travel and go about their daily business in the other language. When it comes to politicians, there are many who quickly criticize a politician for not being “fluent” or having “native” ability. These are mostly strawman arguments thrown up to denigrate someone. Many “reporters” who speak no language other than English, extensively criticize political figures for “not being fluent”, even when those political figures can definitely carry-on conversations in other languages. Which is certainly better than having no skills.

Many elite – including politicians, celebrities, and so on, speak other languages. For example, Michael Bloomberg speaks Spanish. Actress Sandra Bullock is fluent in German (her mother is German). There are too many examples to list here. The list is huge.

This list could go on forever. Just listing a few.

Sergey Brin, Google co-founder – Was a citizen of Russia but renounced his citizenship

Sir Jonathan Ive – Born in England, became THE lead designer at Apple – hugely influential in the tech industry. He is a citizen of Britain and the U.S.

Mark Zuckerberg, CEO of Meta/Facebook – speaks Mandarin Chinese. His wife, Dr. Priscilla Chan, M.D.’s parents where from China originally, but news reports say they left Vietnam in the 1970s (it is an amazing emigrant saga too). She grew up speaking both Cantonese and English say media reports.

Jack Dorsey, recently retired CEO of Twitter – has lived in Africa, India and on a South Pacific Island suggesting he may have some permanent residency rights elsewhere.

Eduardo Saverin, co-founder of Facebook. Had Brazilian and US citizenship, but gave those up and now has Singapore citizenship. Singapore does not allow dual citizenship.

Note – one reason we have many successful immigrants from India (and to a lesser extent China, which has more immigration restrictions) is because India has 5x more people in the key age demographic age 20-29, than does the U.S. China has 10x more people in this age group. Thus, we would expect to see large numbers of smart, talented people from these other countries.

This list could go on forever – just a short sampling of celebrities whose background I did not know.

Steven Spielberg – Born and grew up in the US but all 4 grandparents were from Ukraine.

Actor Bruce Willis – Born in Germany (I never knew that)